War Machine is a Young 88, an iconic one design class from Jim Young, and one of New Zealand’s most popular keelboats.

She sails in the North Sails Young 88 Sprints run by Royal New Zealand Yacht Squadron every second Thursday throughout the summer, off Westhaven, Auckland.

Last night, Mike Leyland, owner of War Machine found himself down a crew member after someone had to pull the pin at the last minute.

Not wanting to miss out on their regular racing, Mike jumped onto MySail to fill the position.

The North Sails Young 88 Sprint Series has a dedicated page where interested crew can register in MySail’s event section, so that was the logical place to start. Through MySail Mike found and messaged about 15 crew who looked like they could fit the bill. Ideally he wanted someone with a bit of experience, but at this late stage he was just keen to fill the role.

After sending a standard ‘please help’ message to possible crew, he quickly got a response from Iam who works near Westhaven. Iam borrowed a bit of sailing gear and jumped onboard for a last minute sail.

As a result, War Machine had a full complement for the race and Iam was introduced to a new boat and sprint racing. Everyone wins! Except War Machine, which managed to get out of phase for some major random shifts in 3 out of 4 races. ????(Now we need an app for that)!

Here’s how it worked: 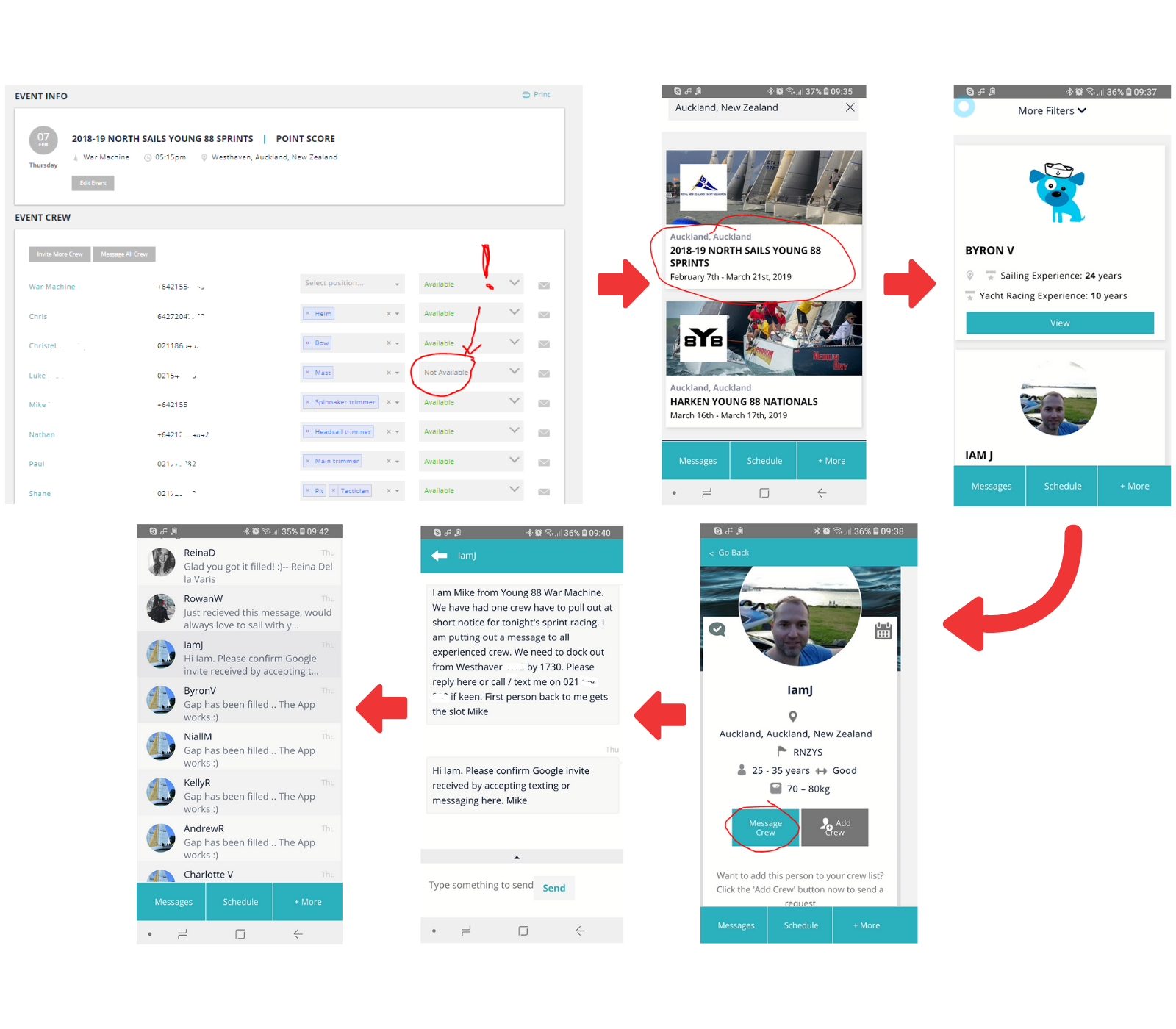 Dockside with Deb: Join Us to Hear from MHYC Commodore Peter Lewis