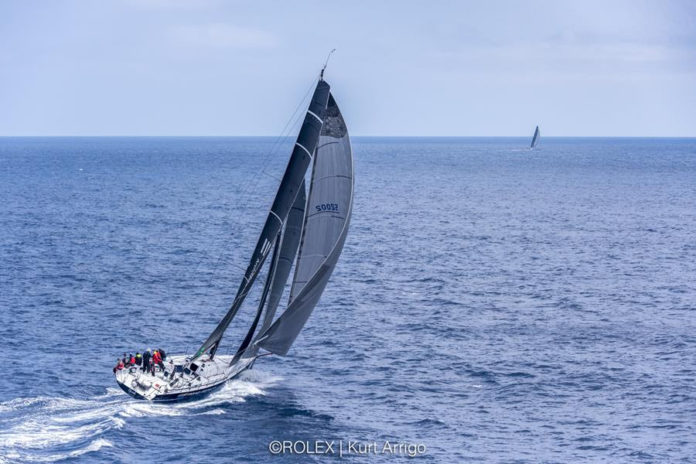 The 2021 Rolex Sydney Hobart Yacht Race has reached its first major milestone, with more than 50 boats already part of a growing fleet for the return of the Great Race.

This will be Jucasta’s first Rolex Sydney Hobart, but the crew will be familiar to many.

In 2018 and 2019, they competed aboard Tim Stewart’s Anger Management, finishing fifth on IRC in Division 4 of the 75th anniversary race.

“It’s one of the best things I’ve ever done in my life,” Stuart says.

“As a kid sailing, you always imagine rounding Tasman Island, sailing up the Derwent River and we did it.

“It was astonishing to see the level of support we had in 2019. It was amazing, it really was. There were 10 blokes on board and I don’t think there was a dry eye as we backed into the dock.

“We had really big local community support which goes a long way. For us, it’s a big thing.”

Jucasta is currently in Melbourne, from where she was purchased, getting some necessary modifications in preparation for Category 1 racing.

COVID-19 restrictions have prevented Stuart from checking in on the progress, but he is confident the Jucasta crew will be well prepared by the time the Rolex Sydney Hobart rolls around.

“Work is getting done, but I’m not there to enjoy it unfortunately,” Stuart says.

“As soon as we can get the boat up to Sydney we will and that’ll give some of the guys the chance to do their qualifying passage.

“We’ll test the boat out, have a look at the new sails and just generally get familiar with the boat.

“The south coast is a pretty wild place to sail; we’re used to being in strong sea breezes and open water, so I don’t have any concerns about that part of the job.

“The First 45 really suits the kind of sailing we do and it’ll be a very safe boat to take to Hobart. It’s a modern, well set up boat.

“Given that we’ve all done the race together, we have a pretty fair idea of what to expect.”

Entries for the 2021 Rolex Sydney Hobart Yacht Race are open until Thursday 28 October 2021.