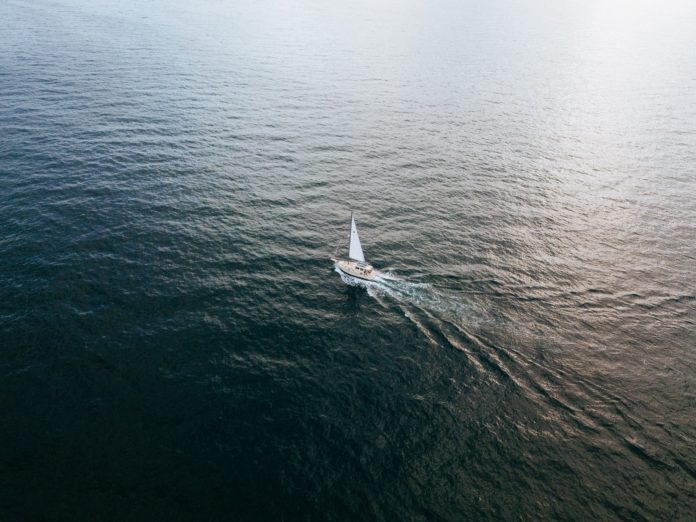 After a tough up-wind COVID border closure enforced slog, Island Cruising NZ is changing tack and has a new owner at the helm.

Island Cruising the business has been around since the 1980’s. Formed by Don and Jenny Mundell whose aim was to attract more cruising sailors to Tonga. Brian & Joan Hepburn were next to take the wheel, followed by John & Lyn Martin who enjoyed a number of years running the business before selling to the Richards’ in 2017 so they could concentrate on their cruising guide work. Over the past 30+ years of operation, the name Island Cruising has become renown world-wide in the sailing community.

Over the years Island Cruising has helped to facilitate hundreds of New Zealanders on offshore voyages and has successfully attracted numerous international cruisers to come to New Zealand, where many of them undertake significant maintenance and refits of their vessels, providing a substantial income to the NZ Marine Industry and economy.

“There’s a saying among the cruising community that plans are best made in the sand at low tide, meaning that anything can happen, and COVID certainly did that” comments Nigel. “We had a few fantastic years of leading rallies to the Pacific, but now it is time for a sea-change for us and we are happy to hand over the wheel to the new owner.”

Nigel and Amanda approached Viki Moore earlier this year to discuss their plans to sell the business and gauge Viki’s interest. “While we hadn’t actually met Viki in person, we had heard a lot about her and the work that she does for the sailing community and thought she would be an excellent fit for the business going forward.” Explains Amanda.

Viki is based in Christchurch and has been sailing all her life. “I am really excited about the opportunity that Nigel and Amanda have given me to take over the business” she said. Her background certainly speaks for the experience she will bring to the table.

Viki’s career began in the Travel Industry, initially with leisure and corporate travel, then representing cruise lines and as a guide, hosting group tours for the Tourism Authority of Thailand. She speaks conversational French, Japanese & Te Reo Māori and enjoys experiencing other cultures and arranging complex itineraries. “My travel & guiding background has given me some excellent logistical skills that will most definitely come handy when it comes to planning yacht rallies.” She explains.

From there she went on to work in Parliament for The Rt Hon Sir David Carter as his electorate representative. The advocacy experience she gained in this position has recently benefitted international cruisers here in New Zealand who have also been affected by the COVID border closures. “I was approached by a sailor in our marina who said that her visitor’s visa was expiring but with all of the Pacific Islands closed, she was worried that they’d be forced to leave with nowhere to sail to.” Viki’s concern for the plight of them and other international sailors, lead to her setting up a Facebook group called ‘Sailors with COVID immigration issues NZ’ which now has over 300 members. Viki provides advice on how to lobby policy makers and local politicians to help influence policy decisions. “We have been relatively successful requesting to get visas extended for those who are here, and have encouraged a pathway for sailors in the Pacific to gain entry to NZ when their boats require maintenance and refit work. However we are still working hard to get those sailors who are stuck overseas and separated from their boats which are still here.” Viki explains.

Viki has been President of the Little Ship Club of Canterbury since 2014. The club was formed in 1961 after a group of friends did a navigation course together and decided to continue meeting on a regular basis to discuss all things nautical. When Viki got involved there was a small dedicated group of people who’d meet once a month and have a cup of tea with a guest speaker. The Little Ship Club has gone on to become an incredible success story. With a growing membership and over 1200 people on the newsletter list, they regularly fill the yacht club to capacity with guest speakers, social events and boating education and training courses.

Passionate about encouraging more women to get in to sailing, in 2014 Viki started a Facebook group called Women Who Sail New Zealand. “The purpose of the group is to connect with other local women and encourage them to get involved in sailing, cruising and racing.” Viki says. With many online sailing forums having negative ‘keyboard warrior’ comments these days, Viki and her team of moderators ensure that the group is a safe and supportive space for women to ask questions without getting rude and un-wanted responses. It is an extremely popular network with over 1600 members regularly celebrating their members sailing success.

It was the forming and growth of these sailing networks that lead to Viki being presented with a Yachting New Zealand Excellence Award in 2016, and in 2017 she was elected to the board. As a Director of Yachting New Zealand she helps to oversee the work that the governing body does for the sport and recreation of sailing in New Zealand. “I feel incredibly privileged to be a part of this dedicated organisation.” Viki comments. “Yachting New Zealand works alongside yacht clubs supporting every aspect from the very grass roots level of helping people experience sailing for the first time, right through to supporting our high performance and Olympic sailors. Everyone involved in the organisation is extremely passionate about promoting and inspiring the greater good of sailing in New Zealand.”

In between her various roles, Viki enjoys sailing her Young 88 with her friends and teenage son, either racing or cruising around New Zealand and sailing with friends further afield. She has recently completed her Offshore Yachtmaster exam and has grand cruising plans for the future at the helm of Island Cruising NZ. “While there is still much uncertainty about what the future of cruising looks like with COVID, there is plenty to do now to assist sailors prepare for the borders reopening” Viki says.

She plans to continue and build on the wonderful work that Nigel and Amanda, and other predecessors of Island Cruising have achieved over the years. “The business relies on the support of marine partners and sailing members, which I hope to be able to grow through providing lots of exciting opportunities, training, advice, informative newsletters, discounts, events and rallies.” She says. “We also have so many fantastic cruising destinations in New Zealand, so if the Pacific opens up or remains closed, I’d like to encourage cruisers to explore their own back yard too.”

Nigel and Amanda are 100% supportive of Viki’s plans for the business. “We are looking forward to helping Viki in the background and ensuring success for her and Island Cruising NZ well in to the future” Amanda says.

The Island Cruising membership offering is relevant to racing sailors, coastal sailors and those planning cruising further afield globally as well. “Often the number of steps required to prepare the vessel and crew for a longer coastal, or offshore voyage can seem overwhelming.” Viki says. “I hope to be able to work alongside members to break down these tasks in to more manageable bites, providing advice, assistance, and support while they are overseas to help them achieve their sailing goals.”

Viki is proud to now be at the helm of Island Cruising NZ and there is certainly a bright future ahead. “Riding on the success of the Americas Cup, the upcoming SailGP event in Lyttelton and the recent high demand in boat sales, we will hopefully see more people out on the water experiencing sailing” she says. “My aim is to carry on the legacy and ensure that Island Cruising NZ will be a relevant, dynamic and an exciting organisation for sailors and supporters to be a part of.” There are already plans afoot for a rally to the South Island this summer, to the Pacific next year and Japan in 2023.

You can find out more and join to be a member at www.islandcruising.nz or on their Facebook page.