If you’re looking for a challenge, the Cape Horn Race might just fit the bill.

Departing from Gibraltar on 2 November 2019, the race will make four stop-overs before finishing the 10,000 nautical mile event in Punta del Este, Uruguay. 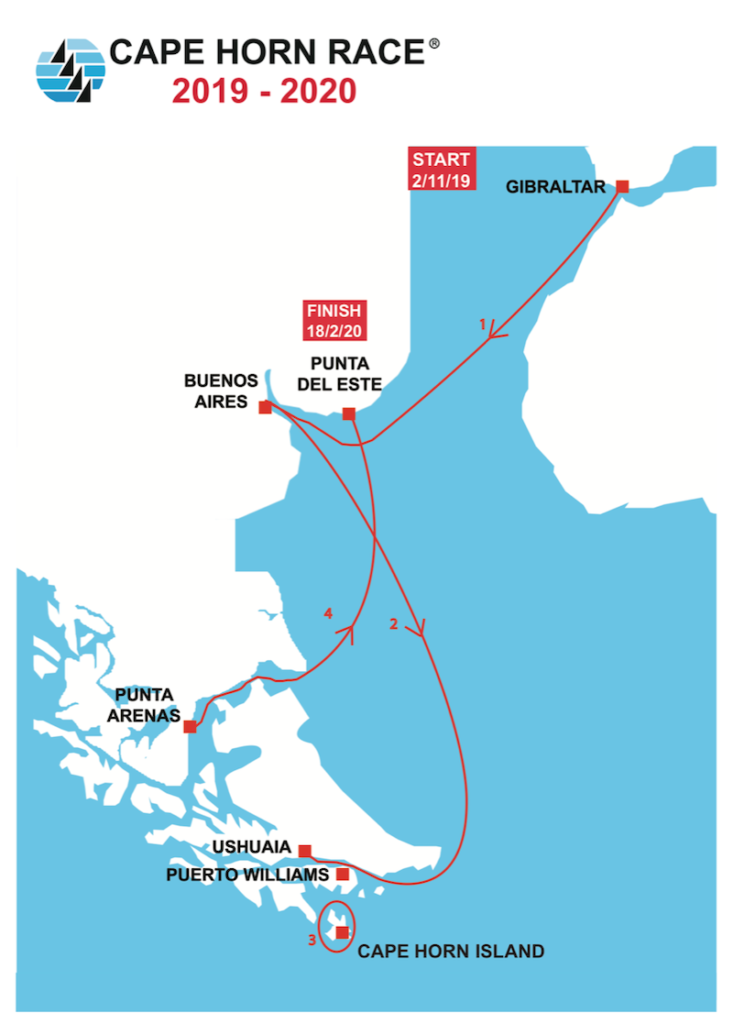 Cape Horn was named ‘ Kaap Hoorn’ by Dutch Navigator Willem Schouten who first rounded it in 1616, after the city of Hoorn in the Netherlands. It is located at the southern end of Tierra del Fuego in Chile where the Atlantic and the Pacific Ocean meet. Strong winds, currents, large waves and icebergs make the rounding of Cape Horn to be considered the ‘Mount Everest of Sailing’.

The Cape Horn Race was founded by Alec Honey in 2006 together with Rear Admiral Roberto Benavente of the Chilean Navy. Alec Honey has sailed the world and successfully raced in the most challenging waters. He is also the first team navigator to race around Cape Horn.

Since its founding, the Chilean Navy has given support to the Cape Horn Race team by providing pilotage advice, surveillance of safe passages, and special regulations for yachts in Chilean waters.

This prestigious yacht race, gathering the world’s best sailors, is also held to celebrate the 500th anniversary of the discovery of the Strait of Magellan.

The Cape Horn Race is open to any racing or cruising IRC monohull yacht of length overall (LOA) between 12 meters (39.37 ft) and 24 meters (78.74 ft). There are a number of categories for professional skippers, owner skippers, charter/training skippers, women skippers and youth – all sailing as one fleet in a daring challenge racing round the Horn and through the Magellan Strait. The skipper may select his own crew with a minimum of 4 and a maximum of 12 persons onboard.

The Cape Horn Race legs are as follows:

It has been said that ‘no sailing experience is complete without racing the Cape Horn’, and this race will prove a big test on competitors’ sailing skills and knowledge.

To find out more about the Cape Horn Race, download the race guidebook or preliminary Notice of Race or visit their Facebook page.

Cadet Worlds Head Down Under, Hosted by Royal Yacht Club of Victoria

Whisper Becomes a Shout for the GROUPAMA Race