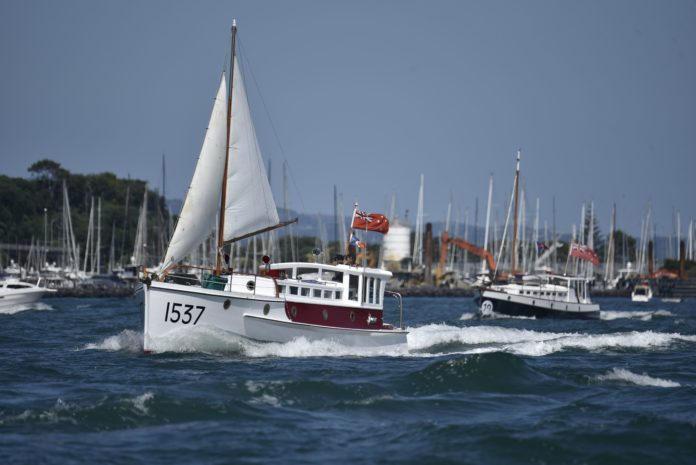 Packing a picnic and heading downtown to watch the Ports of Auckland Anniversary Day Regatta is a time-honoured tradition amongst Aucklanders.

Regatta spectators have grown accustomed to watching Auckland’s fleet of lovingly restored classic yachts race from Westhaven on Anniversary Day. And this year on 1 February, there’s even more reason to watch from Westhaven. For the first time, the hugely popular tugboat race will be starting and finishing off Westhaven, along with the classic launch and keelboat races.

There will be non-stop action on the start and finish line, which is marked by a yellow buoy just off the Royal New Zealand Yacht Squadron start tower on Westhaven Drive. Spectators will be able to watch the tugboat race start from Westhaven at 10am, as they plough down the harbour at pace, returning again to finish. Afterwards the tugboats will perform their ‘tug-of-war’ display, which has proved immensely popular with spectators in recent years.

Following the tugboats, the classic launch fleet will start their race off Westhaven at 11am, giving the owners of these beautifully restored classic vessels the chance to show off their labours of love to an appreciative crowd. Finally at 12 noon, Auckland’s fleet of spectacular vintage yachts will begin their races, followed by the modern keelboat fleet.

Generations of Aucklanders have fond memories of watching the regatta, held annually to celebrate the founding of the city in 1840. This year marks the 181st edition of this much-loved event, and the Royal New Zealand Yacht Squadron will be open to the public to come and enjoy the celebrations.

The RNZYS Quarterdeck and outside deck provides one of the best vantage points in the city to watch the historic Ports of Auckland Anniversary Day Regatta. With coffee and pastries served from 9am, and a full menu available from 11am, spectators can enjoy unsurpassed views of all the action from the comfort of the Squadron.

The Ports of Auckland Anniversary Day Regatta is one of the world’s biggest one-day regattas, with hundreds of participants competing in 39 different races, classes and divisions. Entries remain open until Sunday 31 January, and there are trophies, cash prizes and spot prizes to be won. Find out more and enter at www.regatta.org.nz.

NEWS ALERT: American Magic has capsized on day 3 of the PRADA Cup

PRADA Cup Day 2 – A Day of Ups and Downs in Wind, Foils and Points